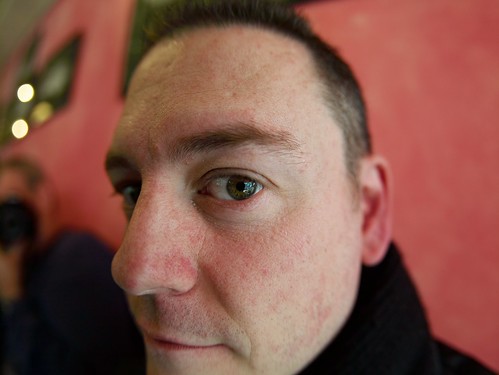 Free as in Soul: The Anti-image Politics of Copyright 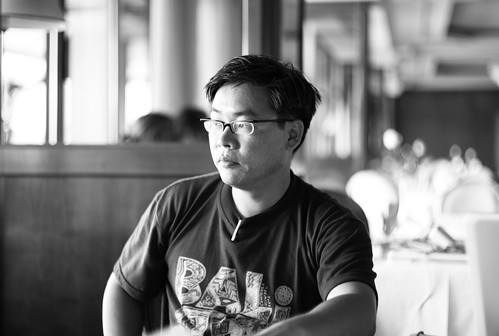 Lawrence Liang is a legal researcher and lawyer based in the city of Bangalore, who is known for his legal campaigns on issues of public concern. He is a co founder of the Alternative Law Forum and by 2006 had emerged as a spokesperson against the politics of "intellectual property". He is the author of A Guide to Open Content Licenses. From Wikipedia, the free encyclopedia
website: altlawforum.com

There is a moment in the film Closer when Jude Law, a photographer, is asked by Julia Roberts how he feels stealing the lives of people. He replies that he does not steal their lives, he merely borrows them. This idea of borrowing as it seems to reside in the world of images is an interesting entry point for us to think about the relationship between the image, borrowing and the language of intellectual property. Digital technology has made photography more accessible to people, and we have seen a proliferation in image-making capacity. At the same time, the increased restrictions imposed on the still and moving image reveal the intense anti-image politics of copyright. Thus images come with legal restrictions, technological barriers and moral injunctions, all of which act against, rather than in favor of, the image. In a sense the commodification of image-making through copyright threatens to render it a commercial activity, one with no soul. Joi Ito’s collection FREESOULS seeks to challenge the anti-image tendency of copyright, and it is interesting that he uses the metaphor of the soul in relation to photography, since the history of copyright’s relation to the camera has always been on the contested terrain of the ‘soul.’ I will take this opportunity to reflect on the history of photography in copyright law as it emerged in the twilight of the 19th century and on the changes that we see at the dawn of the 21st.

A Portrait of the Camera as a Young Artist

It is well-documented that the philosophical justification of copyright is premised on the idea of the romantic author, the sole suffering genius sitting in isolation and producing works of genius. The first serious challenge to the idea of the romantic author emerged with the invention of photography. Bernard Edelman states that “the eruption of the modern techniques of the reproduction of the real - photographic apparatuses, cameras - surprises the law in the quietude of its categories.”[1]

Initially the law was not ready for the challenge that would be posed to it by this new technology. Faced with the question of whether a photograph could be considered on the same plane as a painting, the initial response of the courts was in the negative. For French law, the crucial question was whether or not the mechanical product could be said to have anything of the soul in it at all. An authored work (it was argued) is imbued with something of the human soul, but a machine-produced work is completely soulless. 18. Ibid. Yet, this soulless craft had at the same time also become an important economic activity, with thousands in France making a living through photography and photographic technologies. France itself was exporting photographic images, and demands were soon made for the protection of these images, predicating that “the soulless photographer will be set up as an artist and the filmmaker as a creator since the relations of production will demand it”.[2]

In the US, there were similar questions being asked of this new technology in so far as it came as a surprise to copyright law. In Burrow-Giles Lithographic Co. v. Sarony,[3] the Supreme Court was faced for the first time with the issue of whether amending the Copyright Act to include photographs was constitutionally valid. The pictures in dispute were that of Oscar Wilde taken by Sarony and reprinted by Burrow-Giles without the permission of the photographer. The Supreme Court held that the amendment was valid and within the constitutional powers granted to Congress. However, to arrive at this conclusion the Court had to argue that photography could be protected in the same manner as any other work of creation that emerged from an ‘author’. How does the Court make this argument?

The Court observed that:

“an author in that sense is ‘he to whom anything owes its origin; originator; maker; one who completes a work of science or literature.’ So, also, no one would now claim that the word ‘writing’ in this clause of the constitution, though the only word used as to subjects in regard to which authors are to be secured, is limited to the actual script of the author, and excludes books and all other printed matter. By writings in that clause are meant the literary productions of those authors; and Congress very properly has declared these to include all forms of writing, printing, engravings, etchings, etc. by which the ideas in the mind of the author are given visible expression. The only reason why photographs were not included in the extended list in the act of 1802 is, probably, that they did not exist; photography, as an art, was then unknown, and the scientific principle on which it rests, and the chemicals and machinery by which it is operated, have all been discovered long since that statute was enacted. We entertain no doubt that the Constitution is broad enough to cover an act authorizing the copyright of photographs, so far as they are representatives of original intellectual conceptions of the author.”

The first move is therefore to equate the photographer, and what he does with photographic technology, to the status of an author - a concept which the law is very familiar with and can grasp without too much difficulty. But that does not automatically solve the Court’s difficulty, as it is still faced with the question of the role that technology plays in this production process.

In the words of the Court:

“But it is said that an engraving, a painting, a print, does embody the intellectual conception of its author, in which there is novelty, invention, originality, and therefore comes within the purpose of the Constitution in securing its exclusive use or sale to its author, while a photograph is the mere mechanical reproduction of the physical features or outlines of some object, animate or inanimate, and involves no originality of thought or any novelty in the intellectual operation connected with its visible reproduction in shape of a picture. That while the effect of light on the prepared plate may have been a discovery in the production of these pictures, and patents could properly be obtained for the combination of the chemicals, for their application to the paper or other surface, for all the machinery by which the light reflected from the object was thrown on the prepared plate, and for all the improvements in this machinery, and in the materials, the remainder of the process is merely mechanical, with no place for novelty, invention, or originality. It is simply the manual operation, by the use of these instruments and preparations, of transferring to the plate the visible representation of some existing object, the accuracy of this representation being its highest merit. This may be true in regard to the ordinary production of a photograph, and that in such case a copyright is no protection.”

The answer is to distinguish between the mere mechanical technology that the camera seems to be and the transformation of that technology by the investment of the soul of the author. In this case the court poetically describes the photograph in dispute in the following way:

” …It is a ‘useful, new, harmonious, characteristic, and graceful picture, and that plaintiff made the same… entirely from his own original mental conception, to which he gave visible form by posing the said Oscar Wilde in front of the camera, selecting and arranging the costume, draperies, and other various accessories in said photograph, arranging the subject so as to present graceful outlines, arranging and disposing the light and shade, suggesting and evoking the desired expression, and from such disposition, arrangement, or representation, made entirely by plaintiff, he produced the picture in suit.’

“These findings, we think, show this photograph to be an original work of art, the product of plaintiff’s intellectual invention, of which plaintiff is the author.”

So, photography graduates from a soulless technology undeserving of the protections of copyright law, and is elevated to the same status as a painting or any other great ‘work of art,’ a status symbolizing the unique creativity of the author. What then is the crucial legal innovation that was required for the law to understand this new technology and translate it within the terms of copyright law?

In order for copyright law to be able to accept the claims of the photographer as a co-equal author, it becomes important to resurrect the creative subject who had disappeared into the machine. A soul has to be found in a mechanical act, the soulless labor of operating a camera. But this soul or personality cannot flow through the apparatus, and so the apparatus must be circumvented−otherwise authorial credit would be void. Creative genius therefore must navigate its way through the apparatus and make its mark without actually touching the apparatus. It therefore must provide a mere imprint of personality−and this is never really found in the work but present everywhere else−in choice, technique, artistic practice, etcetera.

The result of this creative subject’s interaction with the mechanical device is a wholly new object, one which is now protected by copyright law. It is protectable because the new technology has been given an “imprint of personality,” and is converted into an act marked by the sign of the author. Thus, the initial surprise felt by the law in its encounter with technology is now rendered familiar and understandable. So “new technologies may ‘surprise’ old categories, but only to be reformed according to existing conceptions of the world. Science and engineering may produce technologies that outstrip human capabilities, but these strange inventions are soon reconceived−domesticated and humanized−as they the are put to use.”[4]

However, even after copyright demanded that of the soul of the author be infused into photography for it to be protectable, subsequent developments in copyright have shown scant regard for the soul of the photographer and have focused instead on the exchange value of the photograph-as-commodity. Joi Ito’s photographic contributions will significantly aid our understanding of the anti-image politics of copyright, and to enable a greater reflection on the future of the image as being one in which the image is free as in soul.