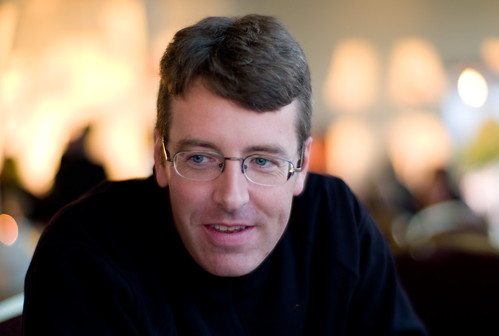 Joi Ito has been at the center of critical movements to make technology, and creative freedom, available widely. He loves his profession, and he does it well. Mornings for him do not begin with the regret of who he couldn’t be.

But his success in these fields has also given him an understanding of the people in these fields. In the twenty-some years of his work, he has come to know the people of these industries (both commercial and non-profit) well. They are his friends (Ito has no enemies). He engages them as a friend, always concerned and giving, never short or impatient. He understands them by learning to see them in a certain way. He engages them with the love of friendship by learning to see them in the most beautiful, or distinctive way, possible.

Digital technologies have now given us a way to see just how Joi sees the world. By lowering the cost of access and practice, the technologies have allowed Ito to become an accomplished amateur. But ‘accomplished’ in this context means that he has learned how to capture the person he sees. And unlike the professional photographer, who ordinarily has 10 minutes to come to ‘know’ the person he photographs, Ito has had his whole professional career. He knows these people, he has come to see them in their most beautiful, or extraordinary light, and he has perfected an ability to capture what he sees, and share it with all of us.

This book is the product of that extraordinary talent.